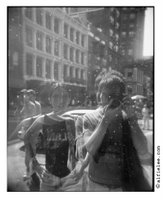 ~ alfie lee is a Singapore born artist
working in the media of writing, photography and design.

~ Poems are adapted into a performance by TheatreWorks,
an internationally acclaimed theatre company based in Singapore,
as part of the prestigious SPH Festival of New Writing in 1996.

~ Part of “The Fragile Eye”, a group photography exhibition,
organized by the Photographic Society of Singapore in 1998.

~ One of three poets invited to participate in “New Voices from Singapore”,
an audio compact disc of poems, produced by Dr Rajeev S. Patke,
National University of Singapore, 1999.

~ Part of “+digitalized”, an exhibition of digital print art,
featuring the leading names in the medium, in 2004.